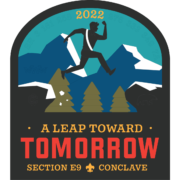 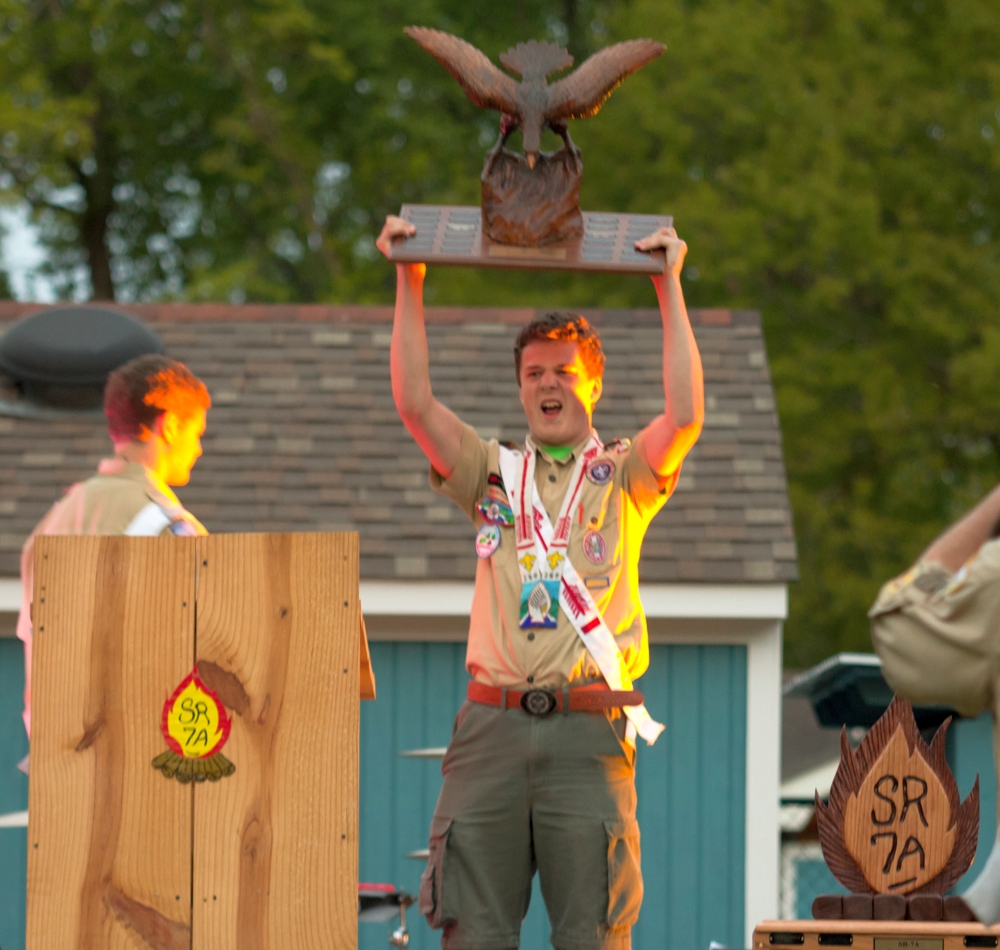 Each year at Conclave, lodges of E9 (formerly SR-7A) are recognized for their performance throughout the year as well as at Conclave. The six lodges of the section compete for the following honors:

Scroll down for more information on these awards including past recipients.

Lodge of the Year Award 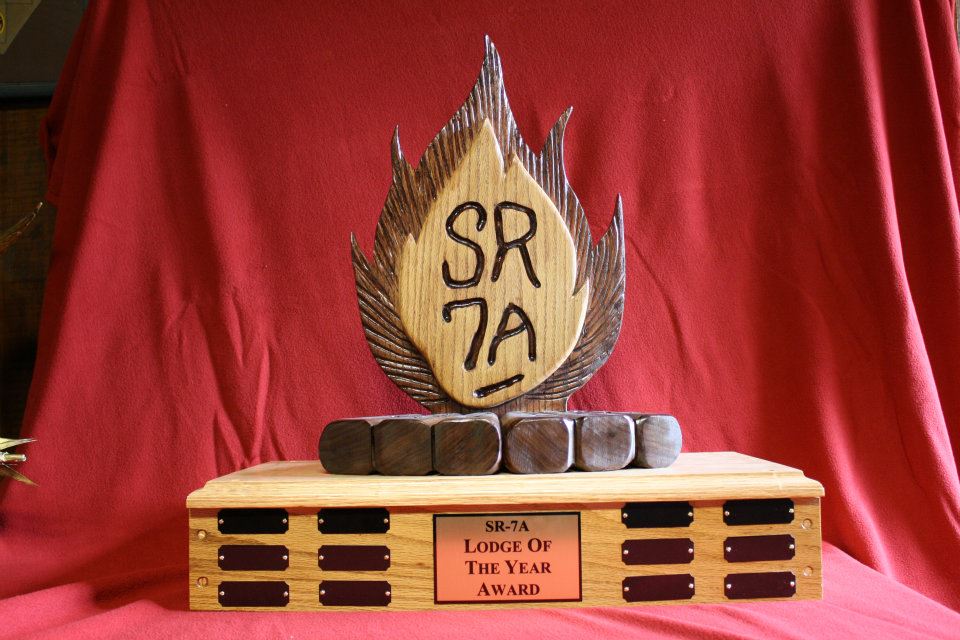 Quest for the Golden Arrow 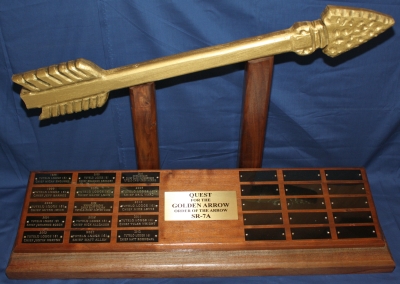 The Quest for the Golden Arrow trophy is presented to the lodge that earns the most cumulative points in sporting competitions held during Saturday afternoon of Conclave.  Lodges compete against each other in competitions such as volleyball, tug-of-war, ultimate Frisbee, and more.  For each competition, points are awarded according to how a lodge places.  The lodge earning the greatest overall score is declared the winner of the Quest for the Golden Arrow.

The Spirit Award is presented to the lodge deemed to exhibit the most spirit at Conclave based on the following criteria:

A caucus of the lodge chiefs and section officers decide the recipient of the Spirit Award on Saturday night and no one can vote for their own lodge.